Guess how much money gets spent on Valentines Day? Take a wild guess.

That's a lot of chocolate and cards.

So, is it possible to have a Green Valentine's Day? Or is Feb 14th just a corporate cash grab? What is Galentine's Day?

What is Single's Awareness Day?

How to Have a Green Valentine's Day

When is Galentine’s Day? February 13

When is Valentine’s Day? February 14

When is Singles Awareness Day? February 15

The history behind Feb 14th is kind of helter skelter. But there are two main origin stories from the 3rd century that come up the most frequently.

From Feb 13-15 Romans used to participate in a festival called Lupercalia. Instead of candy hearts and Hallmark cards, this OG fête featured sacrificial goats, whipping women to encourage fertility, and a matchmaking lottery where people coupled up for the festival based on drawing names from a jar. #romance

But this tradition probably wouldn't have faired well in the time of COVID (among other reasons).

The second tale of origin is a lot more popular, but still pretty grim. St. Valentine was a Roman priest who specialized in sneaky weddings.

See, the emperor du jour (Claudius II) banned marriage for soldiers because he believed it made men soft. Valentine was having none of that nonsense, and performed a ton of secret marriages.

Until one day he was caught. He was thrown in jail and fell in love with the jailer's daughter (how risqué!).

Sidenote: she was blind...but was apparently cured by his loving touch (love is not blind I guess).

He was executed on Feb 14th, and wrote a farewell note signed: "From your Valentine."

Valentine was celebrated as a martyr by the Catholic Church, and thus, Feb 14th became "Valentine's Day."

In the 5th Century, Pope Gelasius I apparently combined Valentine's Day with Lupercalia to essentially get rid of the pagan festival and make it a little more PG. Maybe more like PG-13. The holiday became increasingly popular and mainstream. As the centuries went on. It was romanticized by Chaucer and Shakespeare, and folks started to exchange cards.

It became 'commercialized' in the beginning of 20th century. Valentine's Day is ubiquitous with roses, chocolates, and Hallmark cards. But only for the past century or so.

Hershey's, Cadbury's, and Hallmark were among the first big companies to recognize the opportunity presented by this holiday.

Heart shaped boxes and chocolate 'kisses' were rolled out. And, most notably, in 1913, Hallmark started marketing Valentines Day cards. This proved to be one of the most lucrative moves in the company's history. 131 million cards are exchanged each year on February 14th—most of which aren't recyclable or even biodegradeable.

Thanks to heavy marketing over the past 100 years, Valentine's Day has ballooned into a lovely day for businesses.

And companies get together with their one true love—profit—pretty much all February long. 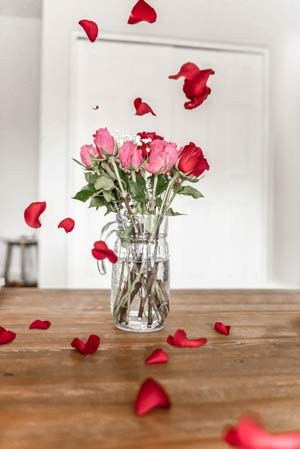 So, is Valentine's Day sweet or scam? When you boil it down, Valentine’s Day is a worthwhile premise. A day where you showcase your love to your significant otter (btw ilu Sam if you're reading this).

But I think there are dark forces at play that should be recognized.

We're fed a narrative that strongly implies the only worthwhile way of showing love on February 14th is buying stuff. Specific, wasteful stuff.

And it just isn't true.

There are plenty of giftless ways to show your love. Although you might be screwed if your partner’s love language is “small gifts”.

Even though Valentine’s spending is increasing year over year, I think folks are starting to realize that mindless buying isn’t the only way to show affection.

I mean, surely we don’t need to harvest 224 million roses each year, right??

I think dissatisfaction with the holiday is evidenced by the surge in popularity of SAD and Galentine’s Day. Two made up holidays that poke fun at Valentine's Day.

4. What is Galentine’s Day?

Galentine’s Day is Feb 13th. It was coined by Leslie Knope from Parks and Rec.

Millions of people celebrate a made up holiday created by a fictional character from a TV show (who doesn’t love Leslie though??).

Galentine’s Day is currently the province of the gals, and is celebrated by going out and doing stuff with gal pals. Although I’m willing to wager that it will grow into genderless, heavily commercialized holiday in no time. It’s already a staple event for bars and cafes who offer drink specials to lure in groups of gals celebrating their friendship. 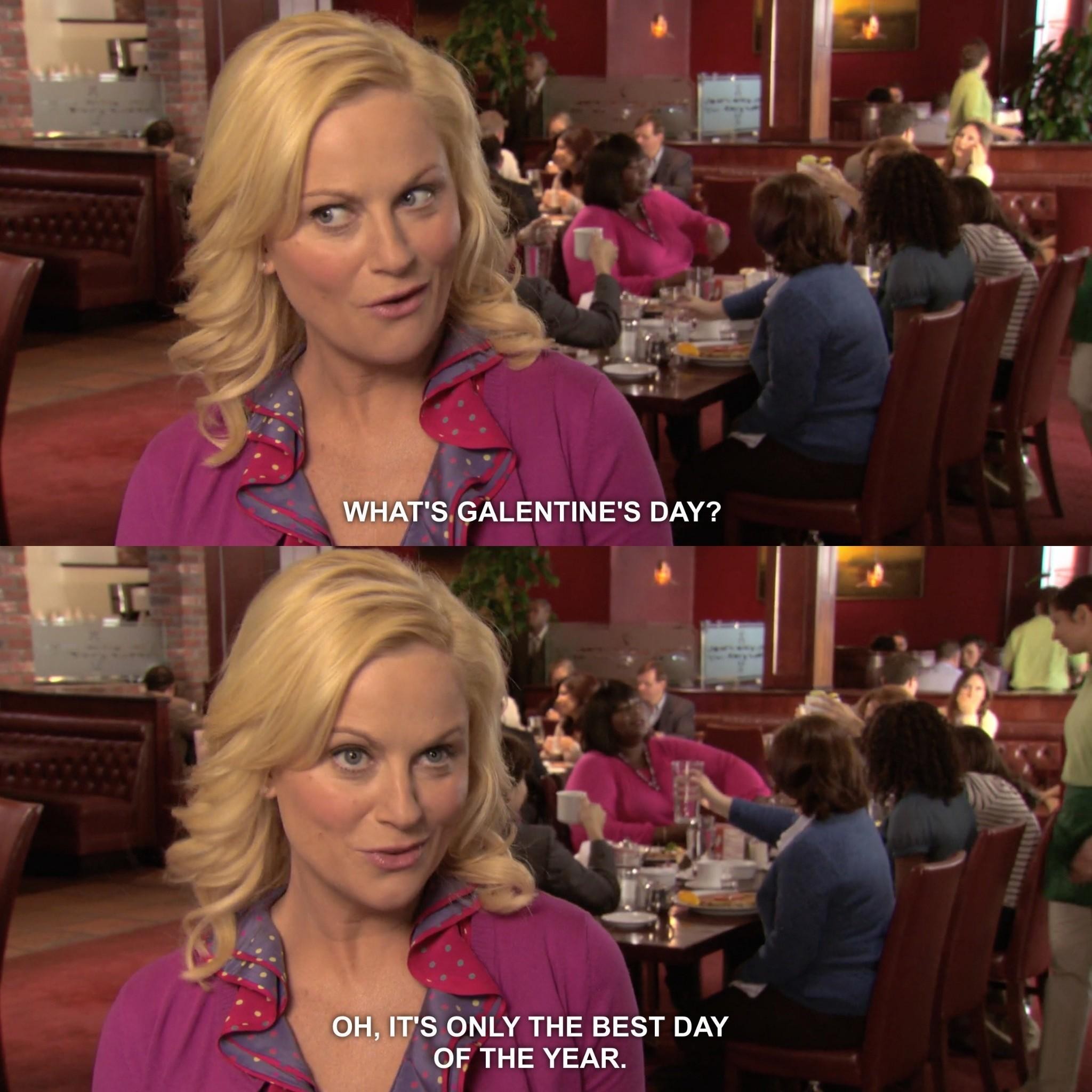 5. What is Singles Awareness Day?

Singles Awareness Day (aka SAD) falls on Feb 15th, and is exactly what you think it is.  It came about in the early 2000s, and was officially copyrighted in 2005.

And guess what? People celebrate how they damn well please.

Are all of these holidays made up? Yes.

I mean, technically every holiday is made up when you think about it.

Humans choose to assign meaning to certain days for all sorts of reasons.

What I do take issue with is how companies pervert the meaning behind these days to try and sell you more stuff that you don’t really need or want.

Match with your boo. 5. How to Have a Green Valentine's Day?

So how do you celebrate one or all three of these days without falling prey to corporate greed and commercial wastefulness?

People can celebrate whatever holidays they want. But it's important to be aware of the dark marketing forces at work. Billions of dollars are spent to influence you so that you spend your time and money on things that you don't necessarily even want or care about.

There are lots of options to show affection for a Green Valentine's Day, and most of them are a lot less wasteful (and cheaper!) than roses, chocolates, or Hallmark cards (like tötes!)

"The only newsletter I actually look forward to and read." 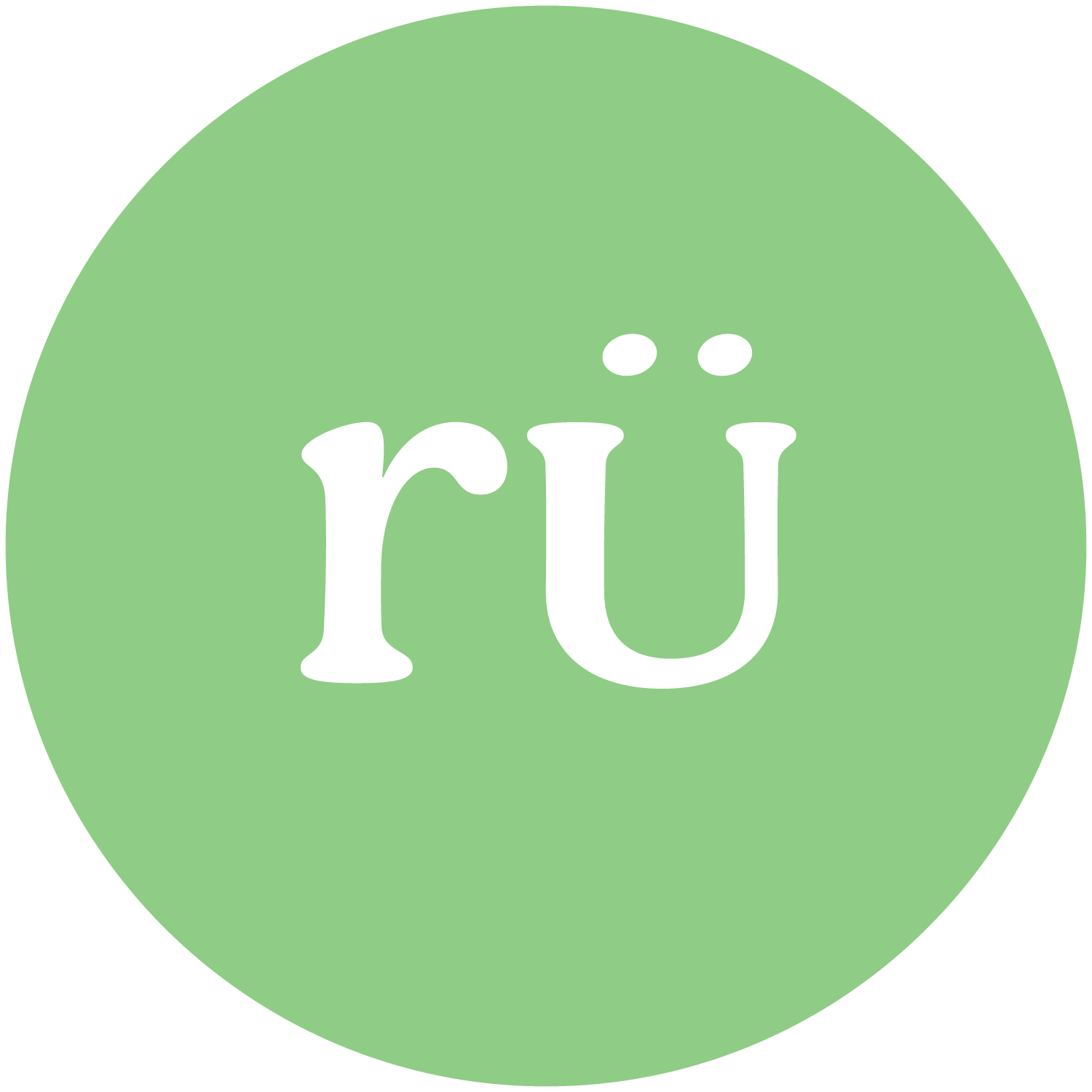